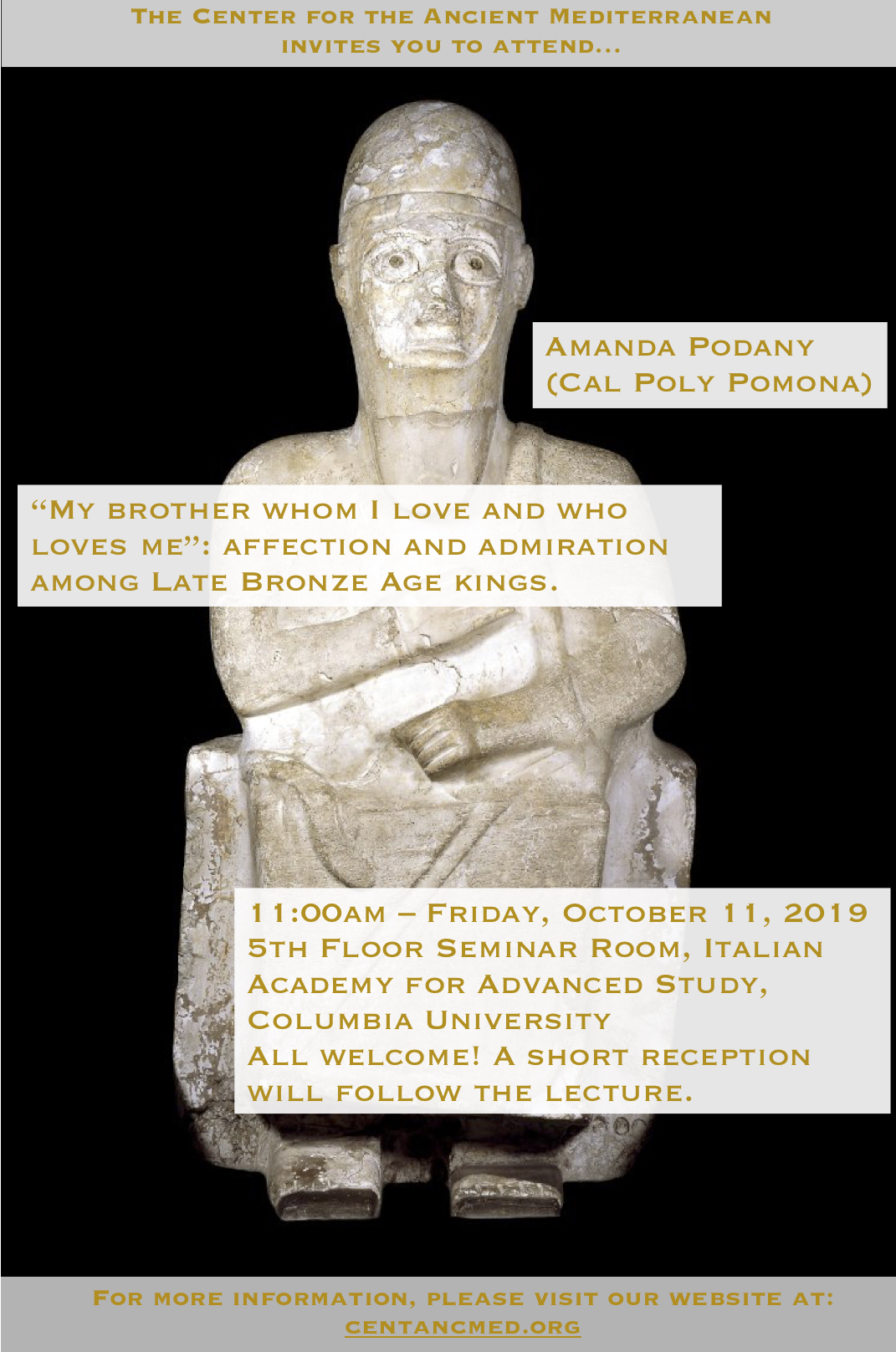 Title: “My brother whom I love and who loves me”: affection and admiration among Late Bronze Age kings.

Abstract: In studying the history of emotions in the ancient Near East, one may be struck at first by a feeling of shared humanity, a sense that the ancient people felt about and reacted to experiences in many of the same ways that we do today. Analysis of the use of emotional terms in ancient documents reveals some dramatic differences, however. These can provide insights into the varying ways in which emotions were conceptualized.

In personal correspondence written during the second millennium BCE, affection could be expressed (if formulaically) in a greeting message. Beyond this, however, most letters were surprisingly abrupt in tone, at least to modern ears. Some letters of the famous Late Bronze Age Amarna letters provide a contrast to the norm, however. This lecture will explore the ways in which some writers attempted to use the language of love and affection in the pursuit of material goods, prestige, and political support. A few clues suggest that this was not just an aspect of the writers’ character, but part of local preferences. Comparisons with letters from other regions suggest differences among the great powers of the time in their perceptions of how to maintain their alliances.