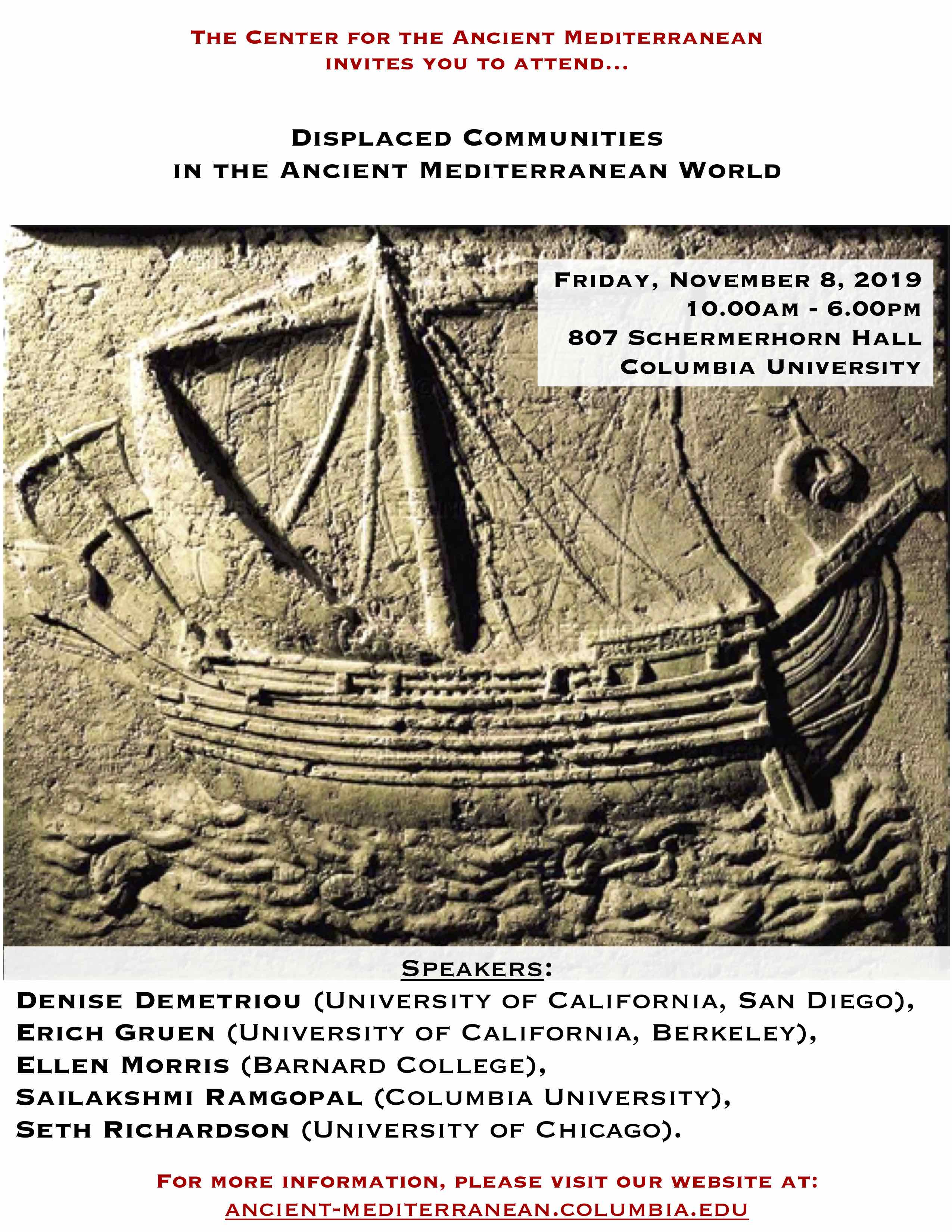 Columbia’s Center for the Ancient Mediterranean presents a one-day workshop:

One of the most prominent and ironic consequences of the world of modern nation-states has been its paradoxical production of an enormous population of displaced people. What evidence and episodes exist for such communities in the ancient world -refugees, deportees, exiles, metics– especially over the long haul, i.e. communities whose histories we can significantly trace beyond single deportation/exilic incidents? Did they enjoy rights and recognition? Was there a politics of exile and return? Did the presence of displaced people in host communities change the latter over time? How did they interact culturally with their hosts communities? Did they adopt cultural features, modify, and subvert them? Can we trace them through the long-term historical record or do they vanish from sight?

10-10:30 am Marc Van De Mieroop (Columbia University, Director of the Center for the Ancient Mediterranean)

‘What Are You Demanding That We Feel?’: Displaced and Domesticated, Babylon, 17th c. BC

Displaced in Diaspora? Jewish Communities in the Graeco-Roman World